An ambitious Indian driver uses his wit and cunning to escape from poverty and rise to the top. An epic journey based on the New York Times bestseller.

“This place is like a chicken poop .. They can see and feel that the next number is theirs, but still they do not rebel, they do not try to get out of that aviary. The servants here likewise Are running with the mindset. ” Balaram, trapped in the web of feudalism, says.

Directed by Ramin Bahrani, the film is based on the novel titled ‘The White Tiger’ by Arvind Adiga in 2008. The film satirizes casteism, feudalism, corruption, political upheavals and poverty that flourished in Modern India.

The story of the film is of Balaram Halwai (Adarsh ​​Gaurav), who was born in a house in the village of Laxmangarh, where it is passing through some years. To show the ailing father, he has to travel to other villages, leading to his death. Due to the famished family starving, he has to leave his studies midway. But the desire to get out of that darkness continues to swell in his mind.

He wants to get out of the captivity of feudalism. In such a situation, it comes in front of him, Ashok (Rajkummar Rao), the young son of the cruel landlord (Mahesh Manjrekar) returns to America. At first sight, Balaram realizes that Ashok is the person, with whom he can get out of this ‘aviary’. He comes to the city and takes up the job of Ashok’s driver. Now Balaram’s world revolves around Ashok sir and his free-thinking wife Pinky Madam (Priyanka Chopra).

The distance between the rich and poor world seems to be decreasing here .. that an accident happens. With this accident, there is a fierce fight between the two worlds and the birth of ‘White Tiger’. ‘White Tiger’ – a rare breed found in one generation ..

Rajkumar Rao and Priyanka Chopra are superb in their roles, but Adarsh ​​Gaurav has given the film a new height with his tremendous acting. His gestures were perfectly accurate in every frame. Adarsh ​​has done justice to Balarama’s mind with dilemma, treachery, pride, love, malice. It would not be an exaggeration to say that ‘The White Tiger’ was completely Adarsh’s film. The film’s starcast has been its strong side. Where Rajkummar Rao is a rich powerful man who has been caught in the quagmire by political tricks and bribery. Priyanka Chopra is idealistic as his wife. She fights with orthodox ideologies. Both actors are accurate in their characters.

The film is based on Arvind Adiga’s novel The White Tiger, for which he was awarded the Booker Prize. Bringing books to the big screen is not easy, but director Ramin Bahrani has done well. However, several excerpts have been cut from the book, which could further engage the audience with the story. Despite being an American, Ramin has shown the social fabric of India well. The good thing is that the film does not deviate from its path even for a minute. The film has a satire on all kinds of social axes from casteism to richness – poverty, religion, politics, exploitation, patriarchy.

The film’s tight screenplay makes it strong. Especially the dialogues of Balarama and Ashoka are very interesting. Tim Streeto should be praised for the excellent editing. However, in some places Balaram’s voice in the background bothered him. In some places the silence could have made a scene more impressive. However, the cinematography of Paulo Carnera gives a different color to the story. Be it Laxmangarh or Delhi .. rich of owners or poverty of servants .. they have captured every scene with their camera. 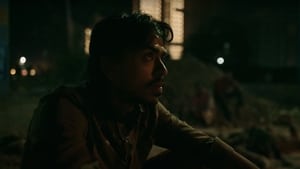